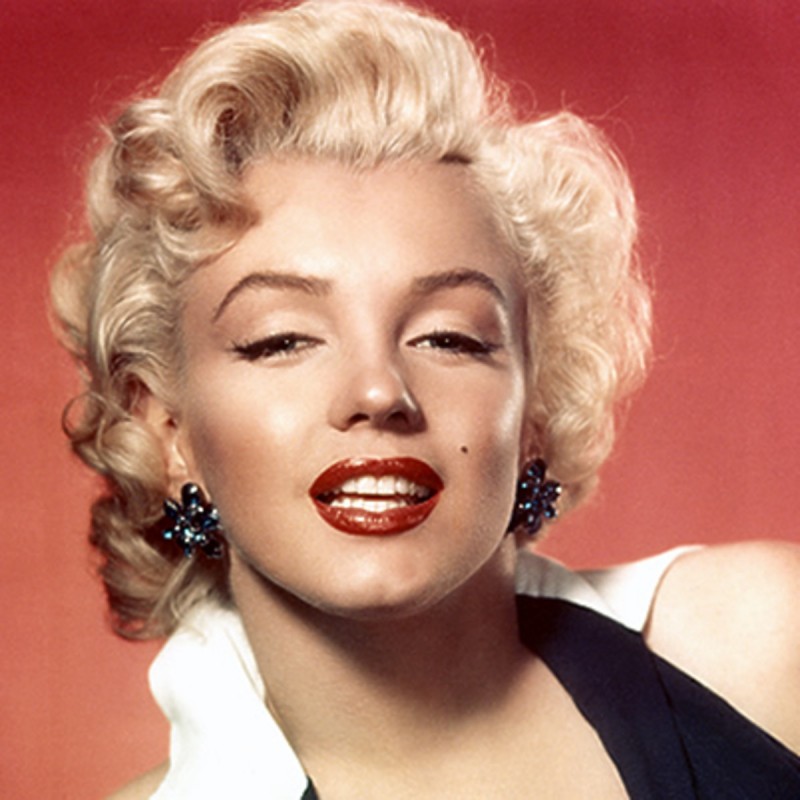 Who Was Marilyn Monroe?

Actress Marilyn Monroe was born on June 1, 1926, in Los Angeles, California. During her all-too-brief life, Marilyn Monroe overcame a difficult childhood to become one of the world's biggest and most enduring sex symbols. During her career, Monroe's films grossed more than $200 million. Monroe died of a drug overdose on August 5, 1962, at only 36 years old.

What Is Marilyn Monroe's Real Name?

Monroe had three husbands in her lifetime. As a teen, she wed merchant marine Jimmy Dougherty. In 1954 she was briefly married to baseball great Joe DiMaggio, and two years later, she married playwright Arthur Miller.

The year 1946 brought a lot of changes for Monroe. She not only divorced her husband, Jimmy Dougherty, but she also signed her first movie contract. With the movie contract came a new name and image; she began calling herself "Marilyn Monroe" and dyed her hair blonde, though her acting career didn't really take off until a few years later.

Monroe's small part in John Huston's crime drama The Asphalt Jungle (1950) garnered a lot of attention. That same year, she impressed audiences and critics alike with her performance as Claudia Caswell in All About Eve, starring Bette Davis. She would soon become one of Hollywood's most famous actresses; though she wasn't initially considered to be star acting material, she later proved her skill by winning various honors and attracting large audiences to her films.

In 1953, Monroe delivered a star-making turn in Niagara, as a young married woman out to kill her husband with help from her lover. The emerging sex symbol was paired with another bombshell, Jane Russell, for the musical comedy Gentlemen Prefer Blondes (1953). The film was a hit and Monroe continued to find success in a string of light comedic fare, such as How to Marry a Millionaire, with Betty Grable and Lauren Bacall; There's No Business like Show Business (1954), with Ethel Merman and Donald O'Connor; and The Seven Year Itch (1955).

With her breathy voice and hourglass figure, Monroe became a much-admired international star, despite her chronic insecurities regarding her acting abilities. Monroe suffered from pre-performance anxiety that sometimes made her physically ill and was often the root cause of her legendary tardiness on film sets, which was so extreme that it often infuriated her co-stars and crew. "She would be the greatest if she ran like a watch," director Billy Wilder once said of her. "I have an aunt Minnie who's very punctual, but who would pay to see Aunt Minnie?" Throughout her career, Monroe was signed and released from several contracts with film studios.

Tired of bubbly, dumb blonde roles, Monroe moved to New York City to study acting with Lee Strasberg at the Actors' Studio. She returned to the screen in the dramatic comedy Bus Stop (1956), playing a saloon singer kidnapped by a rancher who has fallen in love with her. She received mostly praise for her performance.

In 1957, Monroe starred in The Prince and the Showgirl with Laurence Olivier, who also directed and produced the film. She often didn't show up for filming and her erratic behavior on set created a tense relationship with her co-stars, the crew and Olivier. The film received mixed reviews and was a box office hit in Britain, but not as popular in the United States. The troubled production was the backdrop for the 2011 film My Week with Marilyn, starring Michelle Williams as Monroe.

In 1959, Monroe returned to familiar territory with the wildly popular comedy Some Like It Hot, with Jack Lemmon and Tony Curtis. She played Sugar Kane Kowalczyk, a singer who hopes to marry a millionaire in this humorous film, in which Lemmon and Curtis pretend to be women. They are on the run from the mob after witnessing the St. Valentine's Day Massacre and hide out with an all-girl orchestra featuring Monroe. Her work on the film earned her the honor of "Best Actress in a Comedy" in 1959, at the Golden Globe Awards.

Reunited with John Huston, Monroe starred opposite Clark Gable and Montgomery Clift in The Misfits (1961). Set in Nevada, this adventure drama features Monroe, who falls for Gable's cowboy but battles him over the fate of some wild mustangs. This was her last completed film.

In 1962, Monroe was dismissed from Something's Got to Give — also starring Dean Martin — for missing so many days of filming. According to an article in The New York Times, the actress claimed that the absences were due to illness. Martin declined to make the film without her, so the studio shelved the picture.

At the time, Monroe's professional and personal life seemed to be in turmoil. Her last two films, Let's Make Love (1960) and The Misfits (1961) were box office disappointments.

In her personal life, Monroe had a string of unsuccessful relationships: Her 1954 marriage to baseball great Joe DiMaggio only lasted nine months. Later, she was married to playwright Arthur Miller from 1956 to 1961. 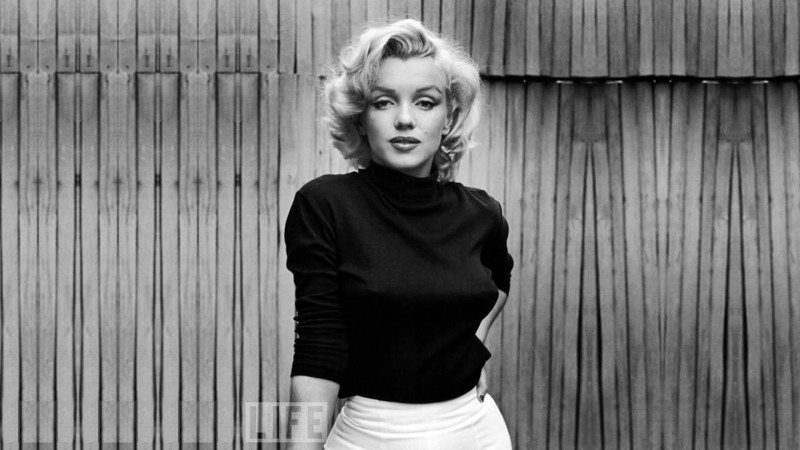 Marilyn Monroe was born Norma Jeane Mortenson (later baptized as Norma Jeane Baker) on June 1, 1926, in Los Angeles, California. During her all-too-brief life, she overcame a difficult childhood to become one of the world's biggest and most enduring sex symbols.

Monroe never knew her father, and once thought Clark Gable to be her father — a story repeated often enough for a version of it to gain some currency. However, there's no evidence that Gable ever met or knew Monroe's mother, Gladys, who developed psychiatric problems and was eventually placed in a mental institution. As an adult, Monroe would maintain that one of her earliest memories was of her mother trying to smother her in her crib with a pillow. Monroe had a half-sister, to whom she was not close; they met only a half-dozen times.

Growing up, Monroe spent much of her time in foster care and in an orphanage. In 1937, a family friend and her husband, Grace and Doc Goddard, took care of Monroe for a few years. The Goddards were paid $25 weekly by Monroe's mother to raise her. The couple was deeply religious and followed fundamentalist doctrines; among other prohibited activities, Monroe was not allowed to go to the movies. But when Doc's job was transferred in 1942 to the East Coast, the couple could not afford to bring Monroe with them.

At seven years old, Monroe returned to a life in foster homes, where she endured sexual assault on several occasions; she later said that she had been raped when she was 11 years old. But she had a way out through marriage, and she wed her boyfriend Jimmy Dougherty on June 19, 1942, at the age of 16. By that time, Monroe had dropped out of high school (age 15). A merchant marine, Dougherty was later sent to the South Pacific. Monroe went to work in a munitions factory in Van Nuys, California, where she was discovered by a photographer. By the time Dougherty returned in 1946, Monroe had a successful career as a model, and had changed her name to Marilyn Monroe in preparation for an acting career. She dreamt of becoming an actress like Jean Harlow and Lana Turner.

On August 5, 1962, at only 36 years old, Marilyn Monroe died at her Los Angeles home. An empty bottle of sleeping pills was found by her bed. There has been some speculation over the years that she may have been murdered, but the cause of her death was officially ruled as a drug overdose. There have also been rumors that Monroe was involved with President John F. Kennedy and/or his brother Robert around the time of her death.

Monroe was buried in her favorite Emilio Pucci dress, in what was known as a "Cadillac casket"—the most high-end casket available, made of heavy-gauge solid bronze and lined with champagne-colored silk. Lee Strasberg delivered a eulogy before a small group of friends and family. Hugh Hefner bought the crypt directly next to Monroe's, and Monroe's ex-husband, Joe DiMaggio, famously had red roses delivered to her crypt for the next 20 years.

Monroe did not own a house until the last year of her life, and had surprisingly few possessions. One that she prized was an autographed photo of Albert Einstein, which included an inscription: "To Marilyn, with respect and love and thanks."

During her career, Marilyn Monroe's films grossed more than $200 million. Today, she is still considered one of the world's most popular icons of sex appeal and beauty, and is remembered for her idiosyncratic sense of humor and sly wit; once asked by a reporter what she wore to bed, she replied, "Chanel Number 5."

On another occasion, she was asked what she thought of Hollywood: "If I close my eyes and think of Hollywood, all I see is one big varicose vein," she replied. Monroe is also remembered for her romantic relationships with Marlon Brando, Frank Sinatra, Yves Montand and director Elia Kazan, in addition to her three marriages.

Monroe has been imitated over the years by a number of celebrities, including Madonna, Lady Gaga and Gwen Stefani.

In 2011, several rare photos of Marilyn Monroe were published in a book of photographs by famed photographer Sam Shaw. In 2017, another book of little-seen treasures made it to shelves in The Essential Marilyn Monroe, with Joshua Greene retouching old photos taken by his dad, Milton Greene, in the 1950s.

August 2018 brought the publication of another biography of the screen legend, Marilyn Monroe: The Private Life of a Public Icon, by Charles Casillo. The book made headlines for its revelation that nude footage of Monroe from a bedroom scene in The Misfits, previously believed to have been destroyed, remained extant. The footage would have made up one of the first nude scenes of a major Hollywood star in a studio movie; it ultimately was cut out of the film by its director, Huston, but preserved by producer Frank Taylor.